Ryan is an individual who doesn’t quit when faced with any type of challenge. His approach to life has always been one of rising to the occasion whether it is in work or play. When an obstacle is placed between Ryan and whatever goal he is working to reach, he will find a way to overcome that obstacle and move on. An excellent example of that is the story of his high school basketball career. Ryan wasn’t extremely tall like most of the other players on the team, in fact, he was the shortest man on the court. He realized very early on the only way to become a starter on that team was to become the best shooting guard in the league. That became his goal. He went back to the gym after regular practice every night to reach this goal. Day after day, week after week, with thousands and thousands of shots, Ryan worked on his 3-pointers until he could consistently hit more than 50% of them. When opposing players moved out to the 3-point line to stop him he just moved back several feet and continued to score points. In time, he became so consistent he replaced an All-District guard as a starter on that high school team and went on in his career to set records and lead the district in 3-point shots. He met the challenge and overcame it! Ryan brings this same quality to his day-to-day legal work. He doesn’t understand the meaning of the word “quit”.

Ryan brings this same work ethic to each and every case he handles. Ryan went to truck driver training school to help him truly understand what safety rules truck drivers must follow, and what it is like to drive an 18-wheeler. Ryan even went on to obtain his Commercial Driver’s License (CDL) and uses that knowledge in trucking cases.

Ryan speaks, teaches other lawyers, and handles cases across the country.

Ryan was born and raised in Ohio with 3 sisters and a brother. After graduating college, Ryan moved to California for law school. After law school, Ryan moved to Arizona to practice. Ryan enjoys traveling, playing sports, outdoor activities, and adventure sports, as well as spending time with his wife Colleen, and his family. 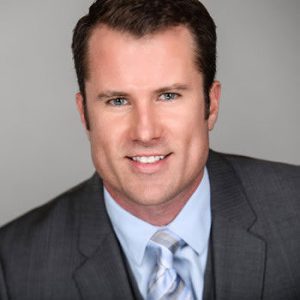