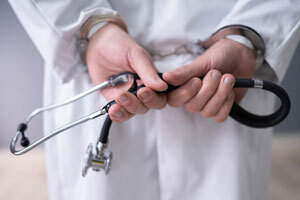 Today, we see civil litigation being brought against entities that have wrongly harmed people with their products and actions. One of these types of litigation is called a mass tort. This is when a group of people who have been harmed by a product or act of negligence brings a civil lawsuit against one defendant. To learn more, call a Scottsdale Mass Torts Lawyer.

If you are one of a number of people who have been harmed because of a harmful product or the negligent actions of a company, a corporation, or an organization, you may be entitled to compensation for your injuries and damages through a mass tort action. The Scottsdale mass torts lawyers at The Skiver Law Firm can help you decide if this type of claim may be right for your situation.

Who Can Benefit From a Mass Tort?

A mass tort may be an effective solution for compensation when

When a number of people are harmed by the same product or cause, a mass tort may be a more effective and cost-efficient way for victims to hold the defendant accountable. In this way, every individual involved will be able to use the evidence and testimonies gathered in the process but are able to go forward to accept their own settlements or take their individual case to Arizona court.

Although mass tort and class action suits are similar in that they involve multiple plaintiffs who seek compensation from the same defendant and have consolidated under a single suit, they are very different vehicles.

A mass tort involves a group, typically smaller in scope than a class action. The plaintiffs are often from the same geographic area, although this is not always the case. The mass tort claim includes plaintiffs with varying degrees of injuries and circumstances, even though they share a defendant.

Even though the suit is brought as a group, each plaintiff is treated individually. Each individual plaintiff must be able to prove negligence as it pertains to their injuries and damages. The advantage is that individuals with similar claims against the common defendant can recover fair compensation commensurate with their specific losses.

A mass tort can either be settled as a group settlement taking into consideration each plaintiff’s circumstances or it can be settled or litigated individually.

A class action is also brought by a group, often a much larger one, and is represented by one or several individuals. This representative stands in for the rest of the injured parties and the group, or “class,” is considered one plaintiff. Any settlement or award is distributed among all the members of the class regardless of any differences in their losses.

Although a mass tort can prove to be more complicated than a class action, it offers the advantage of a larger settlement in most cases, depending on the seriousness of the injuries and the number of damages.

What Can I Be Compensated For in a Mass Tort Claim?

State and federal laws protect individuals who have suffered harm due to dangerous products. Under these laws, individuals under a mass tort can collect compensation for their

And other economic and non-economic damages. Under a class action, these damages are not considered individually and plaintiffs will share in the settlement distribution.

When going up against large corporations and entities and their associated insurance companies, it’s essential to get the legal advice and guidance of an experienced attorney to understand your legal rights and options.

Our Team Is Here To Help, Contact Us Today

At The Skiver Law Firm, our skilled team of Scottsdale mass torts lawyers has successfully recovered compensation for our clients and their families due to the negligent actions of others. Contact us for a free consultation to discuss your case. You never pay legal fees unless we recover compensation on your behalf.

“The Skiver Law Firm was amazing with helping me settle my injury case. Ryan and Sergina were awesome in reaching out to me, keeping me in the loop of everything that was going on… My case was resolved professionally and efficiently. Thanks again, Skiver Law Firm!”
– P. Green, Google Review